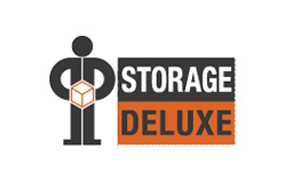 Let me point something out about the Storage Deluxe company.

Well, in the first place, I don't know why you would want to store your shit. Keep that also in mind that all my stuff is stuff, while other people's stuff is shit. (That' what George Carlin thought us) Don't store it! Just throw it away, or give it to salvation army. But if you really need to store something, do it with Storage Deluxe.

Well, I don't know much about the company, but look at the logo. What do you see? Come on. Look again. It's a dick in a box. If you ask me, anybody who's basing their company on an SNL sketch deserves two thumbs up.