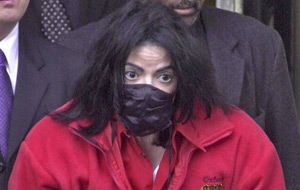 Did you read any newspapers lately? For the past nine days the first page has been dominated by sob stories related with Jacko's tragic death. I honestly had enough the first day. "Jackson's dead? Oh, wow. How? OK?" That's it! But no, everybody wants to share a little story of how much they loved the King of Pop, and how much they will all miss him.

Of course the phenomenon is that most of them are the same people who could not shut up about all the Jacko's scandals. Multiple charges of pedophilia topped the charts, not to mention the fact that newspapers always referred to Michael as a freak.

I guess, I forgot about the saying "The king is dead, long live the media..." I suppose it's going to be another two weeks or so of him in the papers. Honestly I don't care whether you loved him or hated him, but don't change the way you feel about him because he's dead now. Come on, don't go Monday on me.