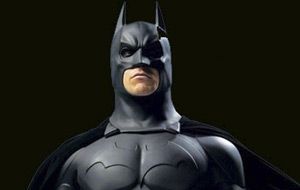 Did you notice that I usually write about myself and things that happen to me? Well, today I'm going to be less selfish. This has been all over the news, so you might have heard about Mr. Batman, and his temper.

The reason why his kind words end up on this page is because it all happened on February 2nd, which happens to be a Monday. That's right, El Mechanista also had a case of Mondays. And let's not be judgmental and mean and call him a psycho, or American Psycho for that matter.

Who knows, if it was me, I'd probably want to kick that D.P.s butt myself. Then again, if you really want to be mean, here's an idea. If you see somebody having a fit and it's on Monday, you may say: "He's having a case of Mondays", but if it is on any other day just say: "He's gone Christian Bale!"