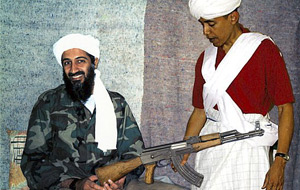 Did you notice the VIDEO of Obama floating around the web? Their main claim is that Obama is not patriotic, because he does not wear a pin with the U.S. flag on his lapel. That's not the end of it though. Apparently he did not put his hand on his heart during national anthem. REALLY?!?

It's like saying that Pope is not religious, because he did not make a sign of cross while passing two churches. The pin? Really? He's running for a president!

If I say wearing Uncle Sam's hat is patriotic, and million people buy into it, would you blame him for not looking like an idiot? Come on people. Keep the reality TV show and politics separate. It's either the media for playing these videos everywhere or it's me, but one of us has got a huge case of Mondays right now.