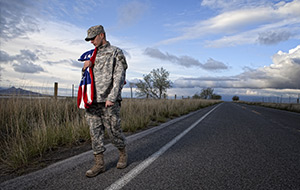 I pledge allegiance to the flag,
I'll honor the media full of deception.
I'll claim the wars on crime and drugs,
And countries with oil, with no exception.

Land of the free, and home of the brave,
Liberty and justice for al..most all.
Where soldier is willing to dig his own grave,
Thousand men for freedom is a decent toll.

Democratic country that became my shelter,
Where one man's lie is everyone's truth,
Where everyone's goal is to be much wealthier
With dedication for red, white and blue.